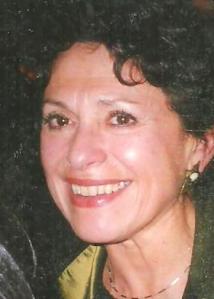 Mariette Bermowitz, (born Mindele Birencwajg) was born in Brussels in1938. In 1942 she escaped with her father during a raid by the Gestapo. Her mother and four siblings perished in the camps. Mariette spent a year in a convent in the Belgian countryside, but because of raids by the Gestapo, she was moved to the safer town of Fraiture, where she lived with the sisters of the Mother Superior for the remainder of the war.

Her father brought her to Brooklyn in 1951 when she was twelve. Mariette graduated from Brooklyn College and became a French teacher in the New York City Public School System. She was married for ten years to Alan Bermowitz, later known as Alan Vega Suicide, an artist and musician who was at the forefront of the Punk Rock movement of the Seventies. After meeting a young medical student in 1975, she relocated to Shiraz, Iran, where she learned Farsi and taught French and English at Pahlavi University. She traveled extensively in the Near East and returned to the States in 1977. After she retired from teaching she co-founded the Miette Culinary Studio, a cooking school. Several years later she became a language consultant for the international oil company Schlumberger. She also taught a French language immersion course for the State University at New Paltz.

She studied writing with Nathalie Goldberg in Taos, New Mexico, June Foley at the New School in Manhattan, Veronica Golos at the 92nd Street Y. In 2005 she began the momentous work of writing the story of her life as a hidden child of the Holocaust, with the assistance of writing coach and editor, Nancy Wait.